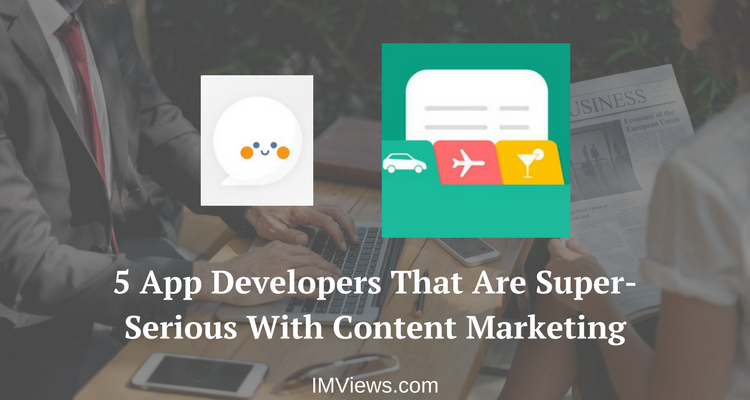 Creating great web content is a nice idea but having the content on your site without anyone reading it amounts to a waste of energy, time and resources. That is why content marketing is important because it is a way of making your created content to get to the right target audience.

So many bloggers fail to get beyond mediocrity level because of their apparent failure in content marketing. This post will take a look at 5 App developers that do content marketing well, and how they have succeeded in their core areas and niches.

Youngsters are the target audience of many mobile apps. They target the young generation because they are likely to pull out their wallets and make in-app purchases in order to lay their hands on the most fashionable and best gear. The target audience of Evernote is the much older, white-collar workers who are in their 30s and 40s who make use of the app in making their lives better organized.

In order to reach their target audience, Evernote polls its audience with social media surveys so as to fully know the kind of content they are interested in.

A proper understanding of the target audience has made Evernote to create its content around articles and video, with emphasis on topics that take care of issues like life hacks, interviews, setting of goals, paperless life, and case studies.

Evernote’s strategy is simple: they lay more emphasis on creating highly informative content for their audience and talk less about installing their apps.

But as the intended audience search for information, they are presented with Evernote’s rich content and then they are eventually persuaded to hang around and possibly install the apps.

Overall, knowing the behavioral pattern of their users has been instrumental to their level of success in content marketing.

Bejeweled is a popular iOS game that gained fame through its marketing strategy. You may have played Bejeweled online or even come across someone who needed assistance in reaching the next level playing the game. Whatever be the case, bejeweled is a successful app which has leveraged content marketing to achieve a great result.

In 2016, the developers introduced a marketing campaign on Instagram that used its branded video on Youtube to try to reach out to their target audience and persuade them to locate their “#shinyplace.”

They deployed their marketing skills into making sure that the campaign was a success.

What did they do?

Fitbit, just like Evernote, has spent a lot of money and time in a content marketing campaign intended to draw the attention of users of mobile app and to also keep those that have installed the app engaged with the right information needed to enable them to succeed.

While Evernote has streamlined its audience to a highly targeted one, Fitbit has decided not to limit itself to a particular group. They decide to reach out to a broader audience.

Its thought’s to create a buzz among industry blogs and drive massive traffic in the process. An analysis performed by Alexa reviewed that more than a third of the sites linking to it were from health blogs while a quarter were from tech gadget blogs.

Fitbit has remained focused on its content creation by regularly updating its blog with health, fitness advice, recipes, as well as tech trends. It makes sure fresh contents are published at least every other day, with a majority of the content in written format (with just 4% of their content in video form).

Since it knows that its story is a mixture of health and tech lifestyle topics, Titbit decided to focus on both sides so that the audience would be well covered.

Focusing on a broad audience pays handsomely sometimes as various users may have different reasons for accepting your content. Hence, staying too restricted to a particular audience might make you miss out on potential users.

The coming on board of Kate Donahue helped to revolutionize the company in the area of content marketing. Before Kate joined the company as Senior Manager of Content Marketing in 2015, content marketing was done on an ad hoc basis. This made things virtually difficult, especially having to reach their audience in three continents using seven languages.

Kate Donahue’s first focus was to get rid of App Annie’s siloed content processes and replace it with a comprehensive strategy that tapped on the wealth of the company’s existing data.

The company made use of their three years of existing research to generate content targeted at new and emerging regions as well as product innovations. This brought more responsiveness from people who already made some investments in the mobile app space.

Kate did not stop there but went further in creating solution-based content that enabled users to find their way through App Annie’s resources and keep them as connected customers. What are the lessons to learn from this?

5. and keep them as connected customers

Uber is not the company to beat when it comes to digital and referral marketing. The exponential growth experienced by the company is due to previous content campaigns it embarked on (#uberPUPPIES, #uberKITTENS, etc).

If you are keen on honing your content marketing skills, you need to learn from these 5 App Developers. There is something unique to learn from each of them.

Content marketing has a huge learning curve and everyone who intends to take his site to the next level needs to learn how to do it well. Never allow content marketing mistakes to cost you your hard-earned income.

This site uses Akismet to reduce spam. Learn how your comment data is processed. 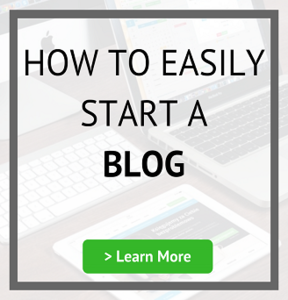